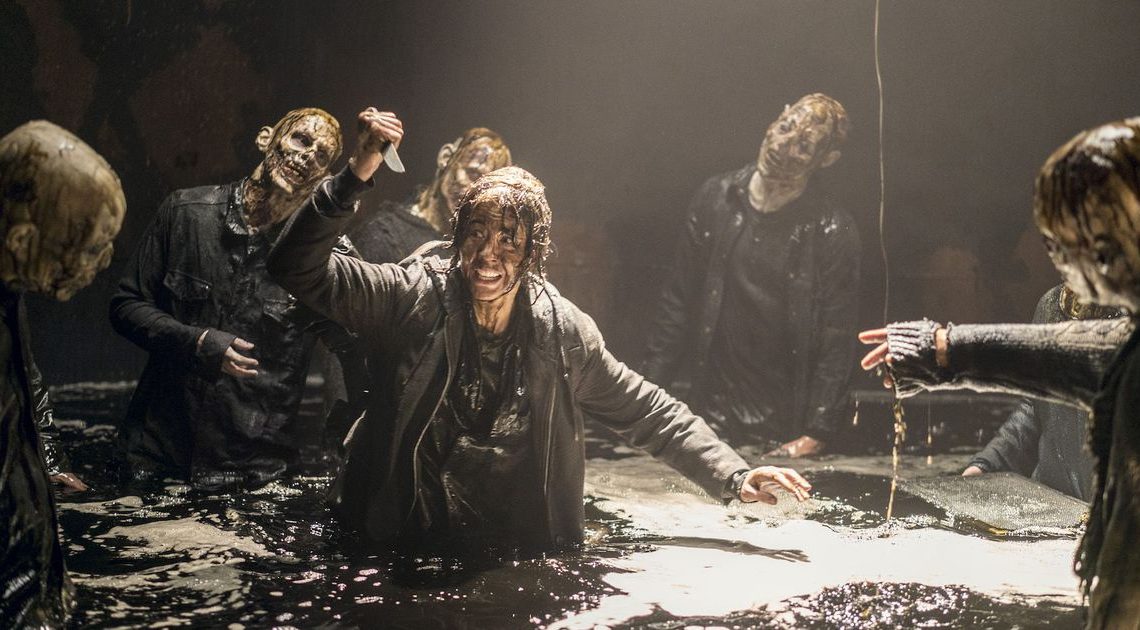 AMC and Fathom Events are bringing a fan event called “Survival Sunday” to 750 theaters across the country on April 15.

SEE ALSO: ‘The Walking Dead’ will be getting its first ‘fully nude’ zombie soon sure why not

The screening will consist of the Season 8 finale of The Walking Dead and the Season 4 premiere of Fear the Walking Dead, both shown without commercials, along with some as-yet-unrevealed “exclusive bonus content.”

The hows and whys of his transition remain unclear. Fear the Walking Dead is set a few years before the events of The Walking Dead, so this isn’t a matter of just having Morgan walk over from one set to another. Unless, that is, these episodes are setting up Fear for a major time jump.

If spending hours in a zombie-infested wasteland surrounded by dozens of other zombie fanatics sounds like your cup of tea, you can head over to FathomEvents.com (or your local box office) for tickets starting Friday, March 16.

Welp, now we know why ‘Good Girls Revolt’ was canceled