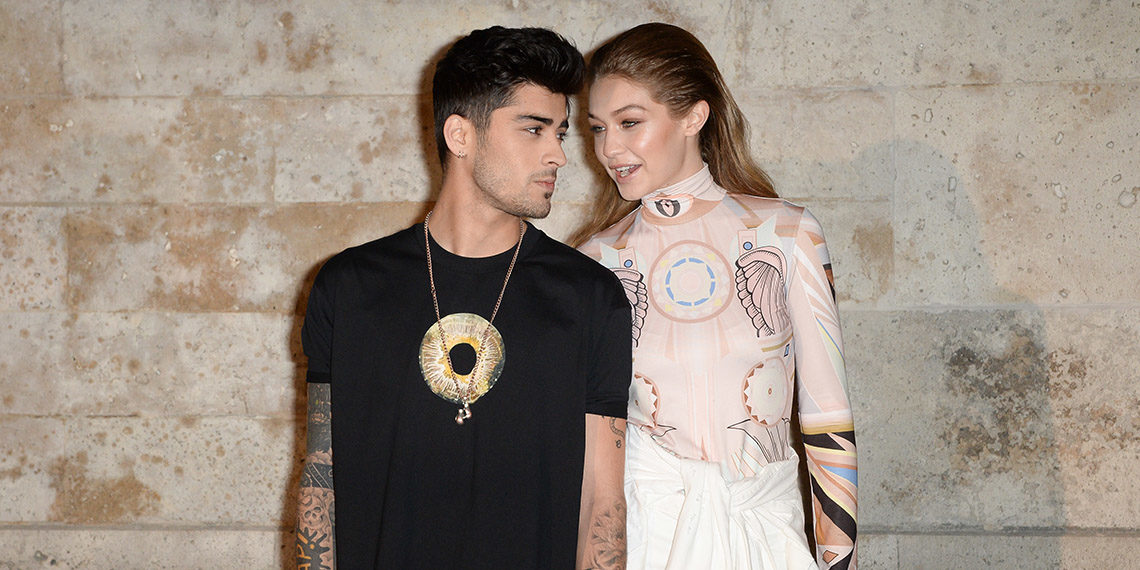 On Tuesday afternoon, we were all just minding our own business, watching TV and drinking wine while pretending to work, when TMZ hit us with the bombshell that Gigi Hadid and Zayn Malik are having a baby. While this is exciting news, and a welcome break from the nonstop mess that has been 2020 s0 far, I was not at all prepared. A baby? Now?!? And Gigi is allegedly 20 weeks pregnant already! How long have they even been back together??

Basically, I had a lot of questions, and judging from lots of tweets and posts I saw, I wasn’t the only one. Obviously, Gigi and Zayn have been a ~thing~ for a long time, but it feels like they’ve often flown under the radar as a couple. So, now that a Zigi baby is (likely) coming soon, this feels like the perfect time to break down the timeline of Gigi and Zayn’s relationship, once and for all.

Gigi and Zayn first started dating in November 2015, which feels like it was a century ago. Zayn later told The Evening Standard in an interview that they met at a Victoria’s Secret party, when he recognized her “from her picture.” Lol, sure. When Us Weekly first reported that they were together, Gigi was fresh off her breakup with Joe Jonas, and Zayn had most recently dated Little Mix’s Perrie Edwards. Gigi was already at the top of the modeling game, and Zayn was getting ready to make his solo debut after leaving One Direction earlier that year. What a time to be alive, truly.

[INSTAGRAM] Zayn just posted this pic of him and Gigi pic.twitter.com/Oqj9DSuAgH

In December, Zayn made their relationship Instagram official with this Polaroid post. It’s since been deleted, because a lot has gone down since 2015, but thankfully the dedicated Zayn fan accounts of the internet have preserved it for posterity. The next month, Gigi posted a faceless picture of Zayn holding her cat, so things were officially official. Ah, young love.

In January 2016, Zayn released his debut single “Pillowtalk”, and Gigi Hadid was heavily featured in the video. Actually, the whole video is pretty much them making out with trippy effects. We all knew that they were dating, but Zayn making Gigi the star of his first solo video (and the heavy PDA) felt like a major milestone.

They posted some more low-key pictures of each other in early 2016, but things were kicked into high gear that spring. In April, they did their first photoshoot as a couple (for Vogue, naturally), and in May, they made their red carpet debut at the Met Gala. I can’t even get a guy to make a debut at a casual happy hour with friends, so needless to say I’m impressed. I love that Gigi writes in her caption “I love a themed party”, as if this is a frat luau and she’s excited to wear her boyfriend’s Hawaiian shirt. Stars, they’re just like us.

Then, in June 2016, E! News reported that Gigi and Zayn had called it quits. E! reported to have confirmation of the breakup from two different sources, but Gigi shut down the rumors in an interview with Elle, in which she mentioned her boyfriend multiple times, despite never actually saying his name. Things remained pretty drama free for the rest of 2016, and they attended many events together, including London and Paris Fashion Weeks.

2017 kicked off with some fresh gossip, when photos of Gigi wearing a ring on that finger sparked rumors of an engagement. The ring is like, the world’s thinnest band of plain gold, so I’m pretty sure it was just like, jewelry, because I doubt Gigi would accept an engagement ring like that. Things stayed strong for pretty much all of 2017, and that summer, they became just the third couple to be featured on the cover of Vogue together. At this point, they were a power couple, no doubt about it.

After more than two years together, and essentially no public-facing drama, Gigi and Zayn suddenly broke up in March 2018. After the news was first reported by The Sun, both of them confirmed the news on Twitter with written statements. Neither of them went with the typical Notes App screenshot, which I appreciate, but I need to know what Zayn chose this obnoxious fake typewriter font.

Gigi’s statement, with completely different formatting, struck a similarly positive tone, but neither of them gave us any glimpse into what actually happened to cause the breakup. This made sense, considering that they had always kept things pretty private, but it wasn’t very satisfying for us, the viewers.

Over the next several months after the official breakup, things remained hazy. In April, Gigi and Zayn were spotted kissing each other, and throughout the summer, there were various tabloid stories about how they were spending time together, or keeping things casual, or they weren’t on the same page about their relationship.

Things finally went back to normal in October 2018, when Gigi posted a photo of her snuggling Zayn, with a caption about her “happy place.” Judging from all the rumors and sources, it seems like Gigi and Zayn were never like, fully broken up for more than a month or two, but I think we can all relate to needing time to figure out what the f*ck is going on in a relationship.

But things didn’t last so long the second time around, and in January 2019, both E! News and ET separately reported that Gigi and Zayn had broken up once again, “after trying for a long time.” Unlike their breakup in 2018, this one seemed pretty final. There were no more paparazzi pics of them sneaking around together, and no more anonymous sources making claims about a reconciliation. After more than three years of total time in each other’s lives, it seemed like things were really over.

Then, in August of last year, things really seemed like they were over when Gigi started hanging out with Tyler Cameron. For several weeks, they were spotted together nearly every day, and things looked like they were getting pretty serious. Tyler met Gigi’s famous friends, including Serena Williams and Taylor Swift, and he even went to the Netherlands for her grandmother’s funeral!

But after things fizzled out with Tyler, it was reported in November (by E! News, of course) that Gigi was talking to Zayn once again. Gigi basically confirmed this in December when she tagged Zayn’s mom in an Instagram story, but we got the real confirmation in January, when they were finally spotted together by the paparazzi, almost exactly a year after their previous breakup.

Gigi made things officially official on Valentine’s Day, when she posted a pic of Zayn on her disposable camera Instagram. We’re back in business, baby! Then, just a week later, came my favorite moment of this entire relationship. After Jake Paul tweeted complaining that Zayn didn’t want to hang out with him and his friends in Vegas, Gigi mercilessly clapped back. While I’m not usually a fan of calling straight guys “kings,” this is just too good. I will never be over “unbothered by your irrelevant ugly ass”, and I might just need it on my grave.

Lol cause he doesn’t care to hang w you and your embarrassing crew of YouTube groupies ..? Home alone with his best friends like a respectful king cause he has me, sweetie. Unbothered by your irrelevant ugly ass. Go to bed …

And of course, this entire four-year journey culminated yesterday, with the reports that Gigi is pregnant with Zayn’s baby. Considering that the soonest they got back together was November, if Gigi really is 20 weeks, that would mean she got pregnant pretty quick after they started hanging out again. While we’re still waiting for official confirmation, which we’ll probably get in the form of a grainy polaroid four months from now, I hope the report is true. These two obviously love each other, and something about this time just feels different. I don’t know why I care so much about these people, but I hope they’re happy!