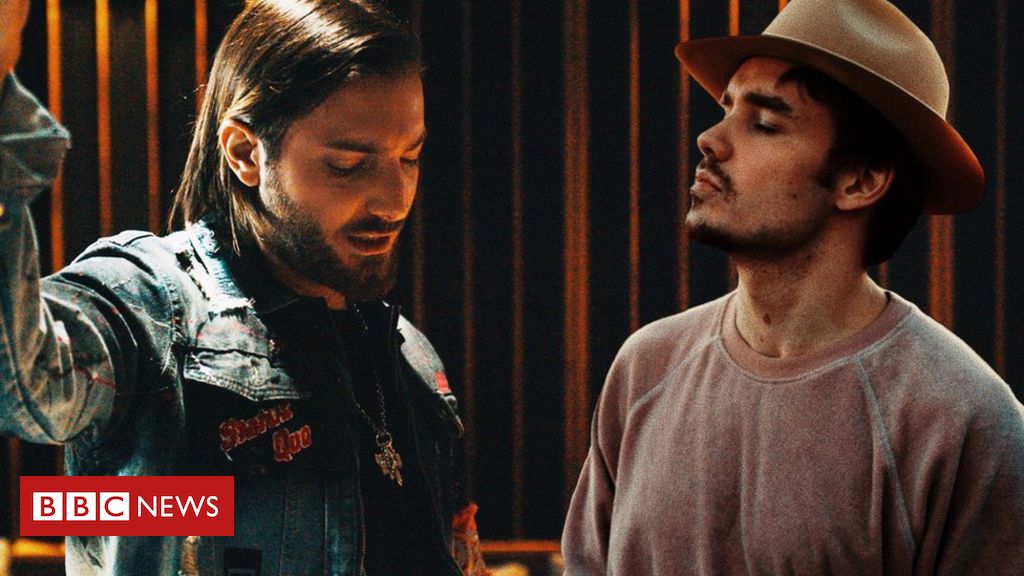 How Liam Payne and Alesso made a video in lockdown

Liam Payne and Alesso managed to record their new single Midnight before coronavirus restrictions came in across Europe and the US.

Unfortunately they didn’t make a music video before lockdown – but they decided not to let social distancing get in the way of that.

Liam got on the phone to Conor Butler, a video producer who’s made behind-the-scenes videos for him in the past.

“It would have been easier for us to make a lyric video,” 25-year-old Conor tells Radio 1 Newsbeat from his home in Bradford.

“But being a creative type, I thought it’d be really good if we could come together and get some sort of content for this.”

This is what they came up with.

Conor spoke to Alesso’s team in Los Angeles and Liam in London.

Making music videos usually involves long days and big budgets – but this one was a much simpler process.

There was one person holding the camera in Alesso’s studio and another at Liam’s house – both the people they are in lockdown with.

Conor was giving directions to the two musicians on the end of the phone.

“You have to lose an aspect of control at that point and put the responsibility in other people’s hands a little bit,” he explains.

“I was quite excited just to see what was going to come back when the shots had been done, because you are not physically there to see how each one looks.”

It was an absolute pleasure getting to work with this guy @Alesso! Can’t wait for you all to hear it! #MidnightIsComing

When it came to what fans would see in the video, Conor only had their two houses to play with. He’s good friends with Liam, so knew the layout of his house.

“I didn’t know the layout of Alesso’s home but with him being a producer I assumed he must have a studio,” he explained.

“So I just kept sending messages and having phone calls with ideas for imagery, like having Alesso dancing to the song and playing with buttons in the studio.

“I wanted to see him producing a song so it felt as real as possible.”

That was how both Alesso and Liam wanted it to feel too – authentic, but not too glossy.

But even though there are no exotic locations in the video, pop-star houses tend to be quite nice and the video is still a polished production.

“It just needed to feel real, like they made the track and then they couldn’t get out the house so the both came together to make a video the best they could,” Conor says.

It took about a week to turn the music video around and get it onto YouTube.

“I think the message was to try and stay focused and stay creative without all this bringing a halt to your creative workflow,” he adds.

Lightspeeds Nicole Quinn on the impacts of sheltering in place