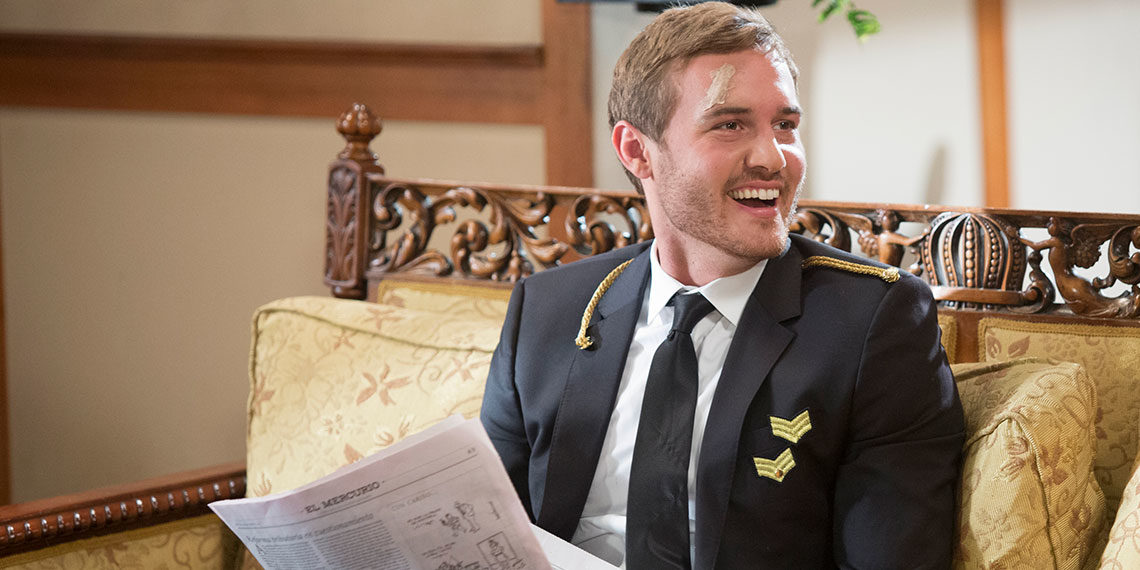 The Cringiest Celebrity TikToks Of The Week | Betches

If anyone has had a good month, it has to be the people behind TikTok. Through this time of immense boredom, their app has gone from a much-ridiculed teenage playground to a platform that more and more celebrities are flocking to every day. Sure, there’s good content on TikTok, but we’re still focused on ridiculing all the bad content on TikTok. It’s called having priorities.

We’ve been over some of the most *yikes* celebrities that have joined TikTok, but now that the quarantine period has been extended, we need to highlight some more cringeworthy videos that we just can’t unsee. Here are the cringes celebrity TikToks of the week.

A-Rod and J.Lo are quarantining with both of their kids at his estate in Miami, which looks exactly like the house from Parasite, including the grass that’s too green to possibly be real. They’ve both been loving TikTok lately, but Alex’s videos make me low-key uncomfortable. In this one, he awkwardly dances to “Savage” while one of his kids waves her arms through his, and there’s just really nothing appealing happening here. Also, is this song really appropriate for a child?

Pilot Pete is finally on TikTok, not that anyone was holding their breath. He’s currently quarantining (sort of) in Chicago with Kelley and Dustin, and his first TikToks have not been inspiring. In this one, he awkwardly tries out the popular “Flip the Switch” challenge, and just changes into a pilot uniform. Guys, did you know that Peter is a pilot? I would’ve liked this a lot more if he switched outfits with Kelley, but I guess they’re not ready to commit to couples content yet.

Honestly, I could’ve done this entire roundup just on people from Bachelor Nation, but I’ll save that for another time. However, I do want to call out Hannah Ann, who is not only posting workout TikToks with her friend Brooke (rude), but is also doing lame dances after the workouts. I need her to do a whole lot less. Just half-ass the workout, eat some Oreos, and (maybe) take a shower like the rest of us!

Vanessa Hudgens has apparently moved past her PR nightmare of shrugging off mass suffering, and is now just making TikToks with her mom. Some of them are pretty good, but I’m sorry, I don’t want to see anyone doing the Cha Cha Slide in 2020. Also, why is she wearing a cute outfit and wedges? Put on some sweatpants, Vanessa! Celebrities—they’re NOT just like us.

In a huge surprise to no one, EmRata’s TikToks are obnoxious, mainly because they seem tailor-made to show off her insane body. Like, there’s nothing I want less right now than to have perfect abs shoved in my face. I get it, I’m lazy! This video isn’t technically from the last week, but I couldn’t resist highlighting her weak attempt at dancing, just to show off her crop top. Should I Amazon Prime her a full shirt?

@babybella777talented, one of a kind, before their time, never before seen, amazing , show stopping♬ original sound – babybella777

Bella Hadid shared some throwback videos of her friends “wine drunk at 5 pm.” I haven’t heard this song in years, and watching Bella and her statuesque friends drunkenly meandering around a living room and dropping it low is not the content I needed today. I never thought Bella Hadid would be particularly good at TikTok, but this is troubling. Maybe Bella should stick to modeling.

If there’s anyone you’re loving to hate on TikTok these days, let us know in the comments. We all need something to roll our eyes at right now, and what better that celebs making fools of themselves?

Offset Speaks Cheating On Cardi B Claims In New Video