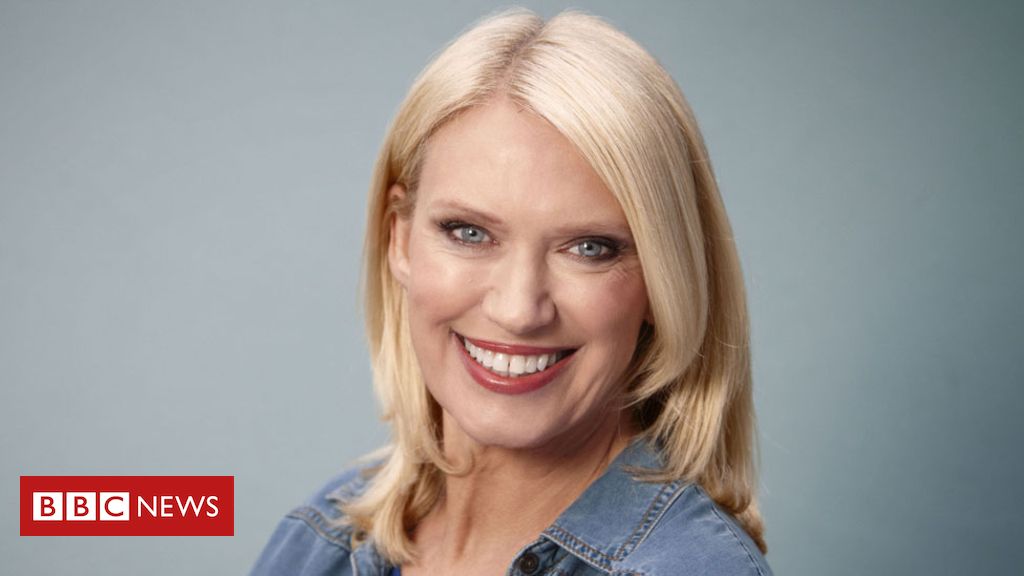 Why Anneka Rice got the urge to find waxwork head

Anneka Rice is best known for racing about in a jumpsuit for Channel 4’s Treasure Hunt and the BBC’s Challenge Anneka.

She later took to radio, presenting on BBC Radio 2, and was a contestant on last year’s Strictly Come Dancing.

Also last year, Rice moved into performing comedy and recorded The Clemmie Hart Years for Radio 4, in which she told the true story of how she created a fictional agent for herself.

Ahead of her second stint at raising a laugh for the station in Help! My Head’s in Wookey Hole, she gave BBC News an honest reflection on her experience of fame.

I try to think of my life in comic episodes, as it’s been so bizarre. That’s how the stand-up started. The real version is a little dark for mass sharing.

One of the most surreal episodes was having a Madame Tussauds waxwork made.

I hung from a rope ladder in the foyer in the ’80s, in a jumpsuit, the first person bemused tourists saw when they walked in.

When I forged ahead with Challenge Anneka they simply changed my outfit and put a paintbrush in my hand.

I only found I’d been removed when Channel 4 came to interview me about the honour of being immortalised in wax.

I basked in their attention, until they told me I’d been melted down and my head was in Wookey Hole.

My body had probably gone into making Kim Kardashian’s bottom.

If you Google “Wookey Hole Madame Tussauds” you will see rows of decapitated heads gathering dust on a shelf.

I suddenly had an urge to bring my head home. I imagined a mini-bus full of rejected National Treasures off on a journey to find our heads.

I wanted to bring my head back to show my sons, who still think I’m a builder because I spent so much time up a step ladder during their childhood. This would be my badge of honour. “Look who your mum was, boys!”

My search became a metaphor for my life. I was moved on from Madame Tussauds by security, my phone-calls unanswered.

It took me back to my teenage years, when I was so invisible to my parents I thought the only way to get them to notice me was if I was sent to prison.

I took to shoplifting in a desperate attempt to be arrested and was taken home in a police car. I used to steal vast bras, size 46FF, stuffing them into my school rucksack.

Those bras had a life of their own – my geometry set fitted nicely into one cup, packed lunch in the other.

Once I got lucky in Croydon and was arrested. While I was being held by the Surrey constabulary I gave the performance of my life.

I made a break for it, running down the high street. Now you know why I loved doing Celebrity Hunted so much.

When they asked for my name I proudly gave it: “Wendy Method”. She was the class bully and made my life hell. Agonisingly though, they let me go and I went home on the bus.

I took myself off to London and gave another great performance to the personnel officer at the BBC who accepted me on a BBC training course.

After two years at the World Service on The World Today and Outlook, I wanted to be part of that world we were broadcasting to.

A three-year stint in Hong Kong followed, working as a sub-editor at TVB news and then as newsreader, when the usual person was taken ill.

I was so nervous the first night I ran someone over on the way to the studio and had to be taken to work in a police car – my dream!

The second night Spike Milligan crawled into the studio and sat under my news desk stroking my foot. I was completely out of my depth, 20 pretending to be 26. But I was flying.

When I returned to the UK, I got diverted from journalism and was literally flying – this time in a helicopter without any doors. More jeopardy.

I had to change my name as Equity said there was already an Annie Rice. I took the name of my friend Gary’s sister, Anneka, and ping! I was a different person again, this time with an exotic Swedish back-story.

Challenge Anneka was heady stuff. An army of hundreds of volunteers over the years followed me wherever the projects took us.

These volunteers still continue to touch me beyond anything else. Many still work on the projects, 30 years on.

Meanwhile, Cubby Broccoli auditioned me to be a Bond Girl, Hollywood came calling wanting to make a film of my Romanian Challenge and I had a rose named after me.

I gave birth to my first son via a puppet on Spitting Image, with Kenneth Kendal giving me instructions. When son number one came out he was followed by a cameraman. Honestly, check it out. I’ve put it on Twitter.

Despite all these credentials, my waxwork search was proving fruitless. Madame Tussauds put up a wall of silence.

On Twitter I was told I’d been seen recently in a pile of bodies in a Blackpool storeroom, possibly next to Frank Bruno or The Krankies.

Then another bizarre twist. A friend reckoned she saw Bill Clinton at the RAF Museum in Shropshire, sitting in a tank.

Another swore they saw Larry Grayson’s head impaled on a rusty pitchfork outside Ramsay Bolton’s castle on Game of Thrones. Do Tussauds have a lucrative trade selling off heads?

I think I’m a little way off this being my fate at the BBC. I love being one of the longest-serving female broadcasters. If you sliced me open, BBC would run through me like a stick of rock.

My Radio 2 audience have known me all their life. When I was doing stand-up at the Backyard Comedy Club, I was touched there were queues round the block of people in their 30s who had grown up with me on TV.

More surreally I met several Baby Annekas, named after me in the ’80s and ’90s. Now in their 30s we agreed collectively it was an outrage my waxwork was missing. They don’t want to be associated with a lump of melted-down wax.

As Alan Bennett said: “Keeping On, Keeping On.” This is a good mantra after 43 years at the BBC. Work gives me a rhythm, which I need for my real head.

Why are the rich and famous getting coronavirus tests while we aren’t? | Jennifer Schaffer