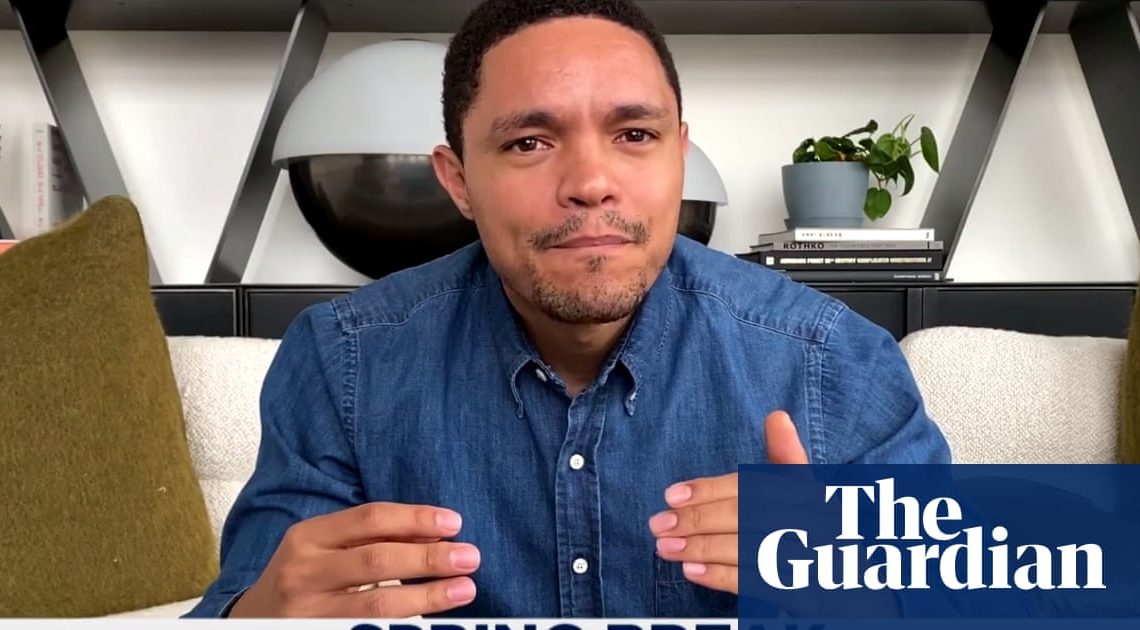 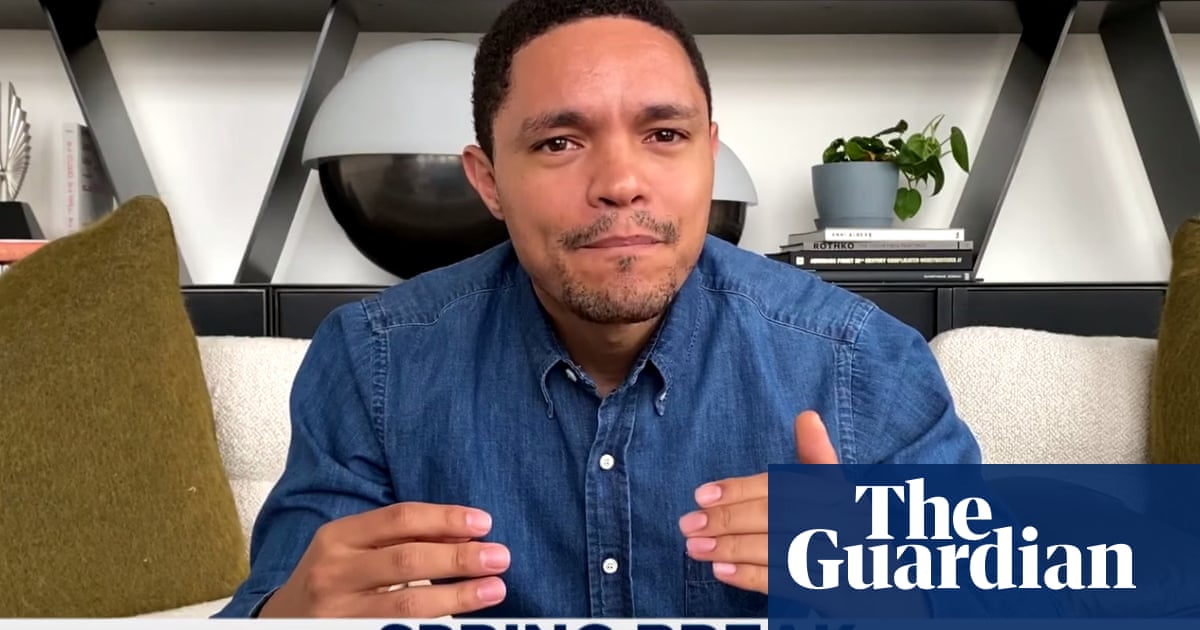 Were now a week into mass social distancing, and every day were learning something new, said Trevor Noah from his couch in New York. One, coronavirus is a serious disease. Two, its not just dangerous for old people, and three, your relationship was not as secure as you thought.

And each day, Noah continued, Trump reminds us why hiring him was Americas biggest mistake.

On Thursday, for example, Trump boasted that he both saw the crisis coming and didnt know it would be serious. I still dont understand why Trump bothers stepping up to the microphone if he doesnt know anything, said Noah, advising the president to just let the doctors and the scientists talk.

Trump should just stand in the back like a hype man, especially because when he speaks, he spreads bad information, such as his claim on Thursday that a coronavirus treatment drug was in progress. The head of the Food and Drug Administration (FDA), Dr Stephen Hahn FDA, immediately refuted him at the conference. If I could cover my face with my hands, I would, because this is the most embarrassing thing ever, said Noah. The FDA commissioner openly called the president out for making this shit up. Thats so embarrassing! He said it and then the guy was like no, thats not the truth. This would be like your mother commenting under your Facebook post like Just to be clear, Jeremy is not drowning in pussy. Hes currently in the basement playing Fortnite.

Think of it this way: I always talk about the New York Knicks being a bad NBA basketball team. But theyre bad relative to other NBA teams. But if you and your amateur-ass office team played against them, youd be walking off the court, said Noah, feigning tears.

So get your shit together, young people. Coronavirus aint no joke, he concluded, urging viewers to donate, if possible, to nokidhungry.org or, for NYC specifically, City Harvest, and help kids get a good meal while their schools are shut down.

It seems possible we could be cooped up for quite some time, said Jimmy Kimmel from his couch in Los Angeles. The government is now saying this could last 18 months or longer. Which, Im not sure how many rolls of toilet paper that is, but I know I dont have them. Eighteen months of quarantine means were about to see a lot of our friends real hair color.

Listen, I just want to be out of this house before Blue Ivy graduates medical school, Kimmel continued. At least one person is optimistic: Our fearless misleader thinks the prognosis is good, Kimmel said, noting Trumps tweet on Thursday: We are going to WIN, sooner rather than later!

What does that even mean? asked Kimmel. What are we going to win? We cant even find eggs what are we winning?

Trump is also really going all in with this Chinese virus nonsense, said Kimmel, pointing to a closeup shot of Trumps press conference notes, in which he crossed out corona and wrote, in Sharpie, Chinese. The edit means even his speechwriter was like, Im not writing that. You want it, you change it yourself. Somebody needs to take his Sharpie away.

At this point in the coronavirus crisis, Kimmel had just one message for the president: Just shut up already and let the doctors take over. Seriously, you Trumped the shark. Go away.

A day after delivering his monologue from his daughters playroom (with his adorable daughters in tow), Jimmy Fallon moved his makeshift Tonight Show to his front porch, with a tablet to provide on-demand laugh tracks. I heard that Emergen-C you know, the drink powder? theyre telling people to not mix their product with booze to make quarantinis, he said. They were like, if you want a quarantini, thats Nyquil, Dayquil and a splash of Tide Pod.

But heres some good news: today is the first day of spring, Fallon added with a Yay! sound effect from the tablet. Now Americans get to play a fun game: allergies or coronavirus?

And finally, the federal government has pushed back the tax deadline by 90 days I think thats a good idea because, trust me, once I run out of toilet paper, the next thing Im grabbing is a stack of 1040s.

Besides iPhone-filmed monologues, social distancing has also provided plenty of opportunities for late-night hosts to call up their celebrity friends. On Wednesday, it was an impromptu performance from Hamilton creator Lin-Manuel Miranda. Thursday, it was a call with actor Jennifer Garner to discuss her charity drive with Amy Adams to help feed children left without meals because of school closures.