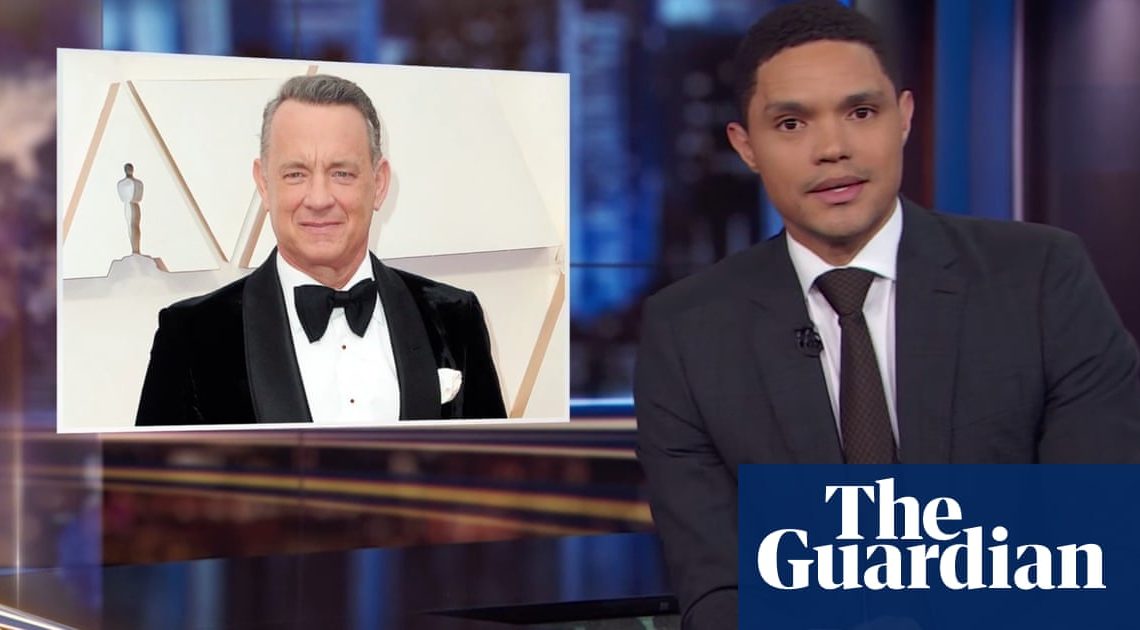 Trevor Noah: ‘Coronavirus chose Tom Hanks to send a message to the rest of us’ 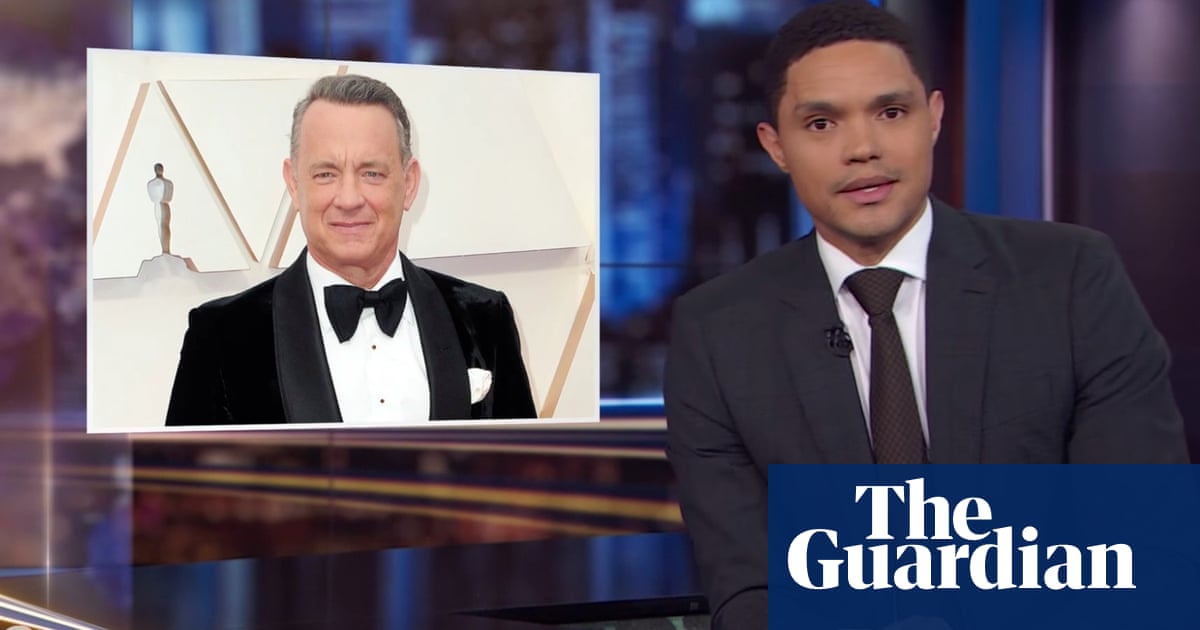 The last 24 hours has been one of the biggest corona news cycles we have been a part of yet, said Trevor Noah on Thursday night, as New York late-night shows announced an end to studio audiences or a suspension of filming entirely. And part of that is because it went from a disease affecting anonymous people to affecting the worlds most famous face, Tom Hanks, who announced on Wednesday that he and his wife, Rita Wilson, had tested positive for coronavirus in Australia (they are in isolation and, as of last night, feeling fine).

Yes, ladies and gentlemen, corona got to Tom Hanks, and this mans already been through so much, said Noah, riffing on some classic Hanks movies. After the war hes been through [Saving Private Ryan] and that time his plane crashed [Sully] and he already had to deal with his dog dying [Turner & Hooch].

I feel bad for him! I mean, at the same time, he shouldnt have been letting everyone touch his chocolates thats probably how he got it, Noah said, alluding to one of Hankss most famous lines in Forrest Gump.

Oddly enough, Noah was a little relieved by the news. When I saw Tom Hanks and Rita Wilson trending, I was so devastated because I thought after 31 years together, they were getting divorced and I was like, Oh no. And then I clicked on the news and I was like, Ah, thank God. Theyre getting corona.

I cant believe Tom Hanks is the first celebrity to get the virus, Noah continued. I wouldve expected someone ridiculous like Flavor Flav or Charlie Sheen or Sarah Palin. But Tom Hanks? This is insane! This is like finding out Mr Rogers has chlamydia. Youd be like, I didnt even think he had genitals.

Its almost like coronavirus chose Tom Hanks just to send a message to the rest of us, he concluded, you know, like prison rules. Just like, If I can get Hanks, I can get to anyone.

As you may have noticed, none of you are here right now, Colbert said to an empty studio save for a few staff members, as the Late Show tamped down to minimize spread of the virus. It was a weird evening for Colbert, winging it through rehearsal with a glass of bourbon and no audience, which might be a good thing, because in my mind, all of my jokes are perfect, he said. The only person that ever disagrees with me is the audience. Cant disagree with me now, can you?!

Colbert sat behind his desk and cracked himself up with riffs on the mass of coronavirus news. The NBA suspended its season, for example, so congratulations to the New York Knicks, its the best thing to happen to them all year.

And Colbert had words for the virus infecting Tom Hanks and Rita Wilson. Hey, coronavirus! Yeah, you can shut down Italy, you can shut down South Korea, you can destroy our economy, but keep your filthy nucleocapsid proteins off Tom Hanks! The man is an American treasure!

He also touched on Donald Trumps Wednesday night address, in which the president pre-empted all programming to address a worried nation and remind them hes the thing they should really worry about. The Dow dropped 1,700 points on Thursday morning, triggering automatic circuit breakers to temporarily halt trading. I wish reality had automatic circuit breakers. I mean, other than flipping this switch, he said, taking another sip of bourbon. What am I supposed to do? Theres no more Purell. Im hoping to drink enough of this that I just sweat out the sterilizing.

Im watching the news and Im just as confused and freaked out as you are I know that speech last night didnt help, said Jimmy Fallon on The Tonight Show, referencing Trumps confused and confusing Wednesday night address. But what I do know is when were there for each other, were at our best. And I am here for you. Were here for you.

Fallon poked fun at Sarah Palin rapping on The Masked Singer Im sure its fine. I mean, when has a conservative celebrity on a reality show ever been a problem? and mocked Trumps speech: This is only the second time Trump has addressed the country from the Oval Office. The first was during the great McRib shortage of 2018.

Fallon also addressed the suspension of the NBA season, which means across the country there are now 30 empty arenas. Or as thats also known, a tour for 3 Doors Down.

What? I didnt write it! Fallon mock-protested to his staff audience before asking: What song did 3 Doors Down do?

His house band, The Roots, responded by playing Kryptonite, the bands most obvious hit. Im impressed that we know that, Questlove admitted.

And on Late Night, Seth Meyers informed viewers that he would be temporarily going off the air. Were in this weird moment right now where its difficult for the media and public health experts to convey the severity of whats happening without sounding hysterical, he said. Its like being the one person in a horror movie who knows theyre in a horror movie. Like all the sexy teens are like, Guys, I have an idea, lets go skinny dipping in the pool during the full moon. And then theres a doctor in a lab coat standing there screaming, Statistically speaking, this is werewolf time.

Meyers also explained the abject failure of Trumps speech, arguing that he should have focused on massively ramping up testing, surging the capacity of our healthcare system and taking care of the millions of vulnerable Americans who are about to face personal and economic hardships because of this pandemic.

We should be providing those people with immediate and direct help, Meyers said. Instead, the Trump administration is still moving forward with a truly sadistic plan to kick 700,000 people off food stamps right as a global pandemic tanks the world economy.

Trump is like a villain from a Charles Dickens novel, Meyers concluded. Whats he going to do next, take away Tiny Tims crutches?