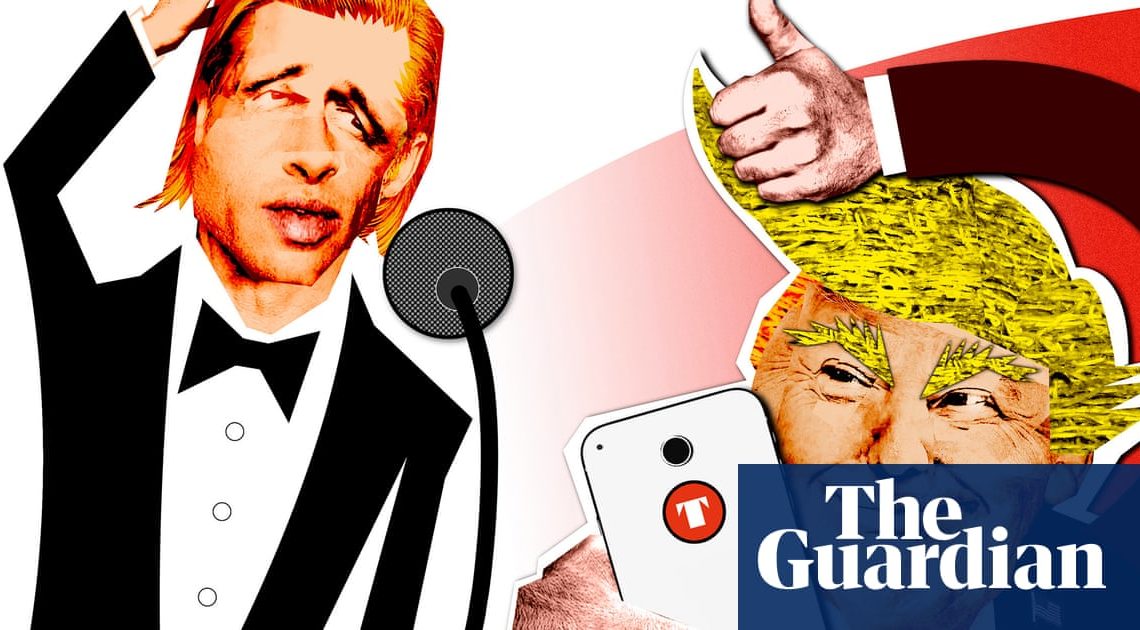 The vast moral hypocrisy of stars pontificating from their gilded bubble so obviously only makes things worse, you have to assume they are doing it on purpose 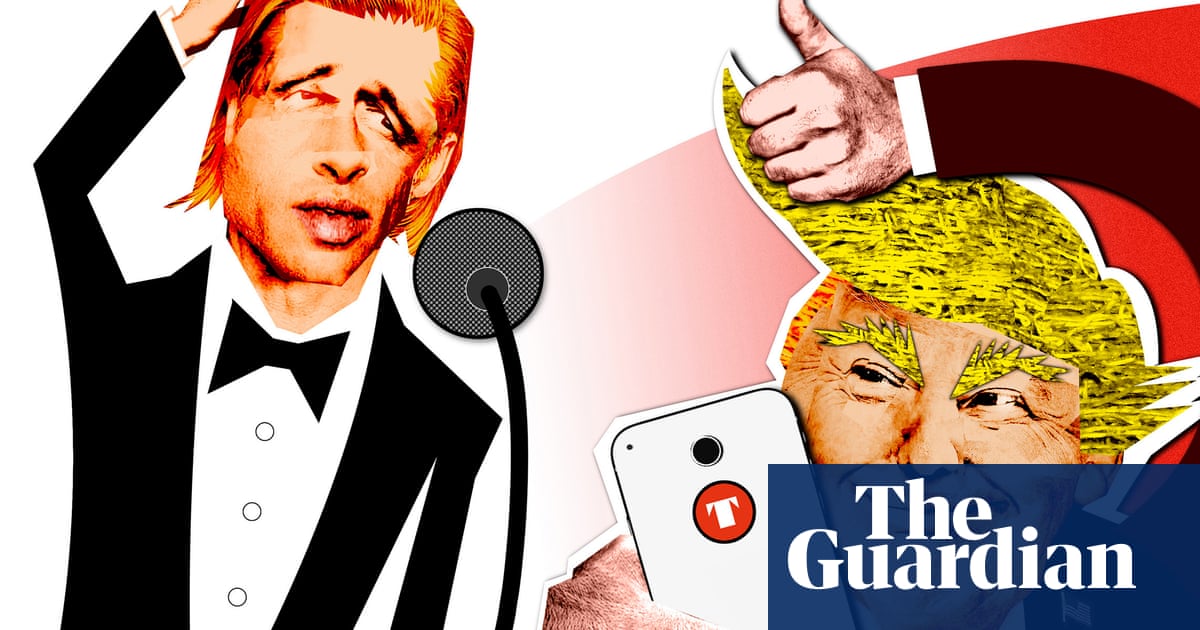 Dont you dare tell me the Oscars change nothing, when this years efforts surely changed the perception that Hollywood is anti-Trump. Several of the speeches at Sunday nights ceremony can only only! be read as covert attempts to boost the Trump vote.

Think about it. Surely no movie star can have so little clue about how theyre perceived outside their own bubble, or indeed about the vast moral hypocrisies of that bubble, to think that using their moment in the spotlight converts a single person to their cause. Surely they realise it just pushes people outside the bubble harder in the other direction. Surely, right ?

Otherwise, standing up in an outfit whose absolute entry level is $10,000 (and thats for the men) to deliver some homily about this or that is really the height of cluelessness as to how these things work. The vast, vast majority of Americans dont watch the Oscars (it had its lowest TV audience ever on Sunday). They just end up seeing clips of it all, mostly packaged and pushed by partisan sources.

And yet, the notion that they might actually be doing harm with their lectures seems never to have remotely occurred to a significant portion of the stars using their power for good. Its almost as if finding out how the slice-and-dice social media culture war works is too much of a hassle, to say nothing of the answer being unfathomably chastening. If the stars were to devote even an hour of their time to investigating how these things now play out, they might find out the reality: they are among the worst possible messengers. They wipe 50% off the value of any opinion just by driving it out of the showroom. Especially the good views. Just because the market declares your worth to be $20m when youre pretending to be someone else, it doesnt mean that you doing you has the same currency.

Listen, I like Brad Pitt as much as the next person, but the best-supporting-actor winner might care to consider the fact that when everyone on the Trump right from Eric Trump to Fox News to multiple accounts who dont normally post about showbiz is sharing your speech then maybe maybe you didnt end up helping? Pitts lofty conclusion in the end the grownups do the right thing appeared to be the pay-off to some point about getting Quentin Tarantino to make a movie about the impeachment. It was all somewhat confused, but is Tarantino being allied with the grownups here? I hate to fall back on the old staple, but let me confirm: only in Hollywood!

Or consider the tide of congratulation that has flooded Natalie Portmans way for hang on, let me get my reading specs on wearing a custom Christian Dior cape on to whose border had been subtly embroidered the names of female directors snubbed in the nominations. On the one hand, thank you to Natalie for reminding us that couture is the only truly ethical choice that way you can be sure of the age of the fingers that have embroidered your outfit. Im afraid those slumming it in mainline Dior or, God forbid, carrying a bag from a diffusion range have to accept that theyre buying from a retailer that was found in 2018to be among the worst for protecting workers from exploitation in overseas factories. So yes, much better to focus on overlooked female directors in Hollywood, as opposed to overlooked female garment workers in Bangladesh.

But on the other hand Do. Me. A. Favour. Over to Rose McGowan, widely dismissed as waaaaay too cray-cray for Respectability Hollywood, whose reaction to Portmans hideously tasteful stunt was hugely withering: Brave? No, not by a long shot. More like an actress acting the part of someone who cares. As so many of them do I find Portmans type of activism deeply offensive to those of us who actually do the work. Im not writing this out of bitterness, I am writing out of disgust. I just want her and other actresses to walk the walk … You are the problem … There is no law that says you need to hire women, work with women, or support women. By all means, you do you. But I am saying stop pretending youre some kind of champion for anything other than yourself. As for me, Ill be over here raising my voice and fighting for change without any compensation. That is activism. Until you and your fellow actresses get real, do us all a favour and hang up your embroidered activist cloak, it doesnt hang right.

Ultimately, nothing is barking harder up the wrong tree than a ceremony at which Jeff Bezos is sitting in the audience, and Chris Rock, of all supposed iconoclasts, only chooses to joke about the Amazon bosss divorce settlement and how rich he is. Really? Three-quarters of a million people work for this apex corporate predator, many in grim conditions, and millions more are going to end up doing so, even though the trillion-dollar company still wets its pants anytime its not allowed to avoid tax. But tell us again how much Jeff gave his wife while he smiles in satisfaction in the audience. Yes, dont worry, entertainers! None of you have burned your bridges with his shitty company.

As for promising cinematic projects from Trumpland itself, standout news of the week is that Trump-supporting actor Dean Cain who 90s TV viewers will remember as Superman is apparently to star as the president in a movie where Trump becomes the first human to walk on Mars. And so to the press release for Being Trump, sent to the AV Club by JC Films, which describes itself as a Christian film ministry. The movie is a political comedy, as you might have guessed, that unveils the truth and mystery about Donald Trumps politics. President Donald Trumps Space Force program has quickly become a reality, we learn from the synopsis, and when the first mission to MARS is introduced our President insists on being the first man to walk the red planet. OK: hit us with act two. However, the framers of our constitution never imagined a sitting President leaving the planet and if so, would Trump really need to transfer his powers or could he just find a lookalike to fill in for a few days.

Hugely promising, I think youll agree but in the interests of balance, I suppose well have to look at what the other side is doing. Pause has been unpressed on the release of The Hunt, a satirical thriller written by Damon Lindelof in which some elite liberals hunt and kill red-state conservatives for sport. The movies release was pushed back in the wake of a spate of shootings last year, but not before rightwing pundits had got hold of the premise.

Sick and twisted, judged Fox anchor Lou Dobbs, adding that the idea of elites hunting deplorables sounded a little too real. Arguably, Lou, it sounds a little like the seminal 1993 Jean-Claude Van Damme classic Hard Target. (Tagline: Businessmen hunt the ultimate prey man.) For his part, Trump himself went full Pauline Kael: Liberal Hollywood is Racist at the highest level, and with great Anger and Hate! he tweeted in response to whatever hed heard about the movie. They like to call themselves Elite, but they are not Elite. In fact, it is often the people that they so strongly oppose that are actually the Elite. The movie coming out is made in order to inflame and cause chaos. They create their own violence, and then try to blame others. They are the true Racists, and are very bad for our Country!

Or, as Lindelof put it this week: We think that people who see it are going to enjoy it and this may be a way to shine a light on a very serious problem in the country, which is that were divided. And we think the movie may actually, ironically, bring people together.

Yes. It really wont, but Im sure its fun. As hinted earlier, the movie Id like to see is a satire where all the most socially conscious stars in Hollywood were actually genuine double agents for hard-right governments and rapacious corporate power. But something tells me we will literally see Dean Cain walk on Mars before the green light shines on that.