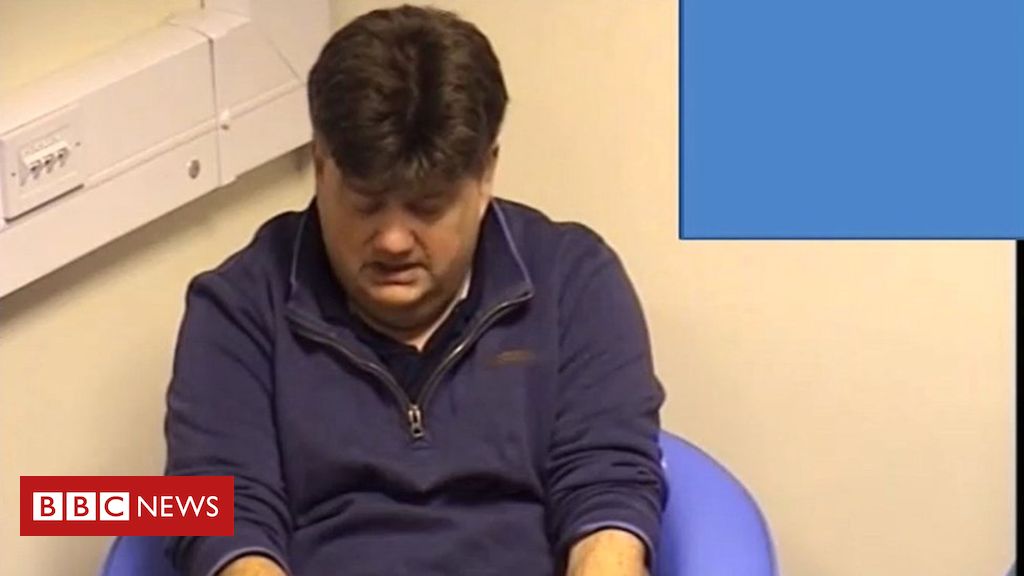 A man who made false allegations of murder and child sexual abuse against public figures has been jailed for 18 years.

Carl Beech, 51, from Gloucester, was sentenced for 12 counts of perverting the course of justice, one of fraud, and for several child sexual offences.

The judge told Newcastle Crown Court that Beech was “an intelligent, resourceful, manipulative and devious person” who “accused living persons of the highest integrity and decency of vile acts”.

People falsely accused by Beech, and relatives of some of those who have died since the investigation began, said they were the victims of “a totally unjustified witch hunt”.

They were also critical of those who publicised the allegations.

Former Conservative MP Harvey Proctor, accused by Beech of being involved in murdering two boys, broke down in court at times as he read a victim impact statement.

He said Beech’s “false and malicious lies” had caused “ordinary people to revile and despise” him and accused police of “misconduct” over their handling of the investigation.

Lady Brittan said the impact of the allegations against her late husband, former home secretary Lord (Leon) Brittan, was “indescribable, incalculable and unending” and resulted in her having to arrange security at his funeral.

“My husband’s name has now been cleared, but he will never know this,” she said.

Known as “Nick” in initial media reports, Beech accused senior politicians, army and security chiefs of sadistic sexual abuse and claimed to have witnessed boys being murdered in the 1970s and 1980s.

The former NSPCC volunteer’s claims led to a two-year Met Police investigation, Operation Midland, which closed in March 2016 with no arrests or charges made.

Beech was then referred for investigation by Northumbria Police, and it was discovered that he was himself a paedophile.

He pleaded guilty in January to possessing hundreds of indecent images of children and to covertly filming a teenage boy.

He accused his stepfather, Major Raymond Beech, of raping him and passing him to public figures to be abused.

The major’s daughter, Victoria Taylor, said in a statement read in court that the family “totally refute” these claims.

Beech also fabricated a claim that he had been raped by DJ and prolific sexual abuser Jimmy Savile, fraudulently collecting £22,000 in compensation.

The prosecutor said Beech had also given “entirely false hope” to the family of Martin Allen, missing since 1979, by speculating that he may have been one of the boys abused by the paedophile ring.

The Met publicly described Beech’s allegations at the time as “credible and true”, and they were given further publicity by Labour’s deputy leader, Tom Watson, and media organisations, including the BBC.

Lady Brittan said her husband was “alone in hospital terminally ill with cancer” when the allegations became public and the BBC interviewed “Nick”.

“I felt he was caught up in a totally unjustified witch hunt which took its toll on both him and me,” she said.

Field Marshal Lord Bramall, a D-Day veteran, said in a statement that he was “never as badly wounded in all my time in the military” as he was by the false allegations.

The harm had been “compounded” by the police publicly supporting the allegations, he said, adding that his wife of 62 years “died without knowing I had been cleared of the most horrific of crimes”.

Lincoln Seligman, godson of the late Sir Edward Heath, said the former prime minister was the “wholly innocent victim of a wicked tissue of lies” and that Beech had been encouraged by “some opportunist politicians, who should be ashamed of themselves”.

After Beech’s conviction on Monday, Mr Watson said he did not apply pressure “improperly” on police to investigate and denied he had any reason to apologise.

The Met Police said they had been working in “good faith” but “did not get everything right” and said they would strive to learn lessons about “complex and challenging” sexual offences cases.

The BBC said it had reported “serious allegations, in the public interest” and said that a Panorama investigation played a part in eventually exposing Beech as a “fantasist and serial liar”.