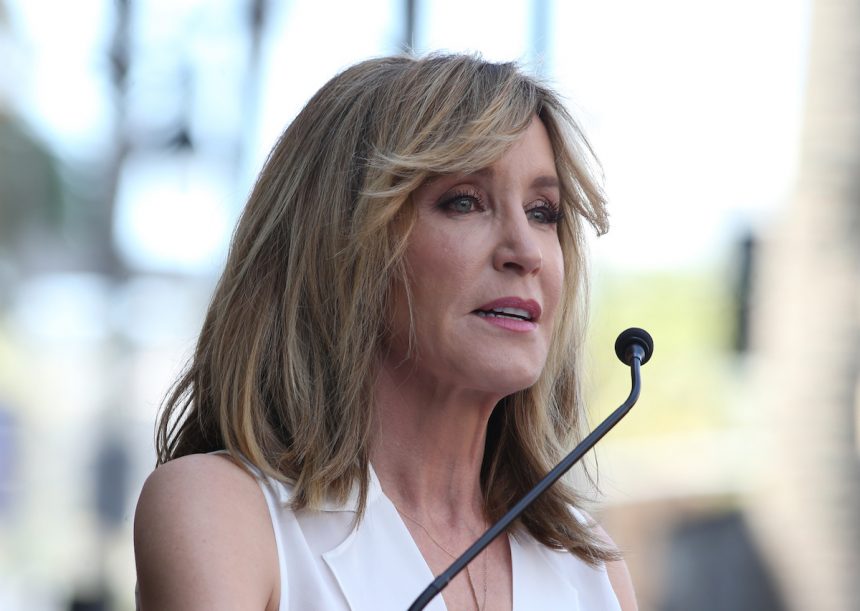 Currently, everyone caught in the tangled “Operation Varsity Blues” web is being dragged through the court, regardless of their celebrity status — including Felicity Huffman Macy and Lori Loughlin.

According to an Us Weekly source, the Desperate Housewives alum is feeling pretty good about taking her chances with the legal system!

“[She is] hopeful that she’s a suitable candidate for a halfway house instead of prison confinement. [She is] prepared to serve the four months behind bars if that’s what she’s ordered to do.”

As part of the scam, the 56-year-old allegedly made a “charitable donation” of $15,000 to improve her daughter Sofia‘s SAT scores. Allegedly, the 18-year-old was given extra time to take the test, which was corrected by her proctor to increase her score by about 400 points.

In her first statement on April 8, the Georgia Rule actress admitted her fault:

“I am in full acceptance of my guilt, and with deep regret and shame over what I have done, I accept full responsibility for my actions and will accept the consequences that stem from those actions.”

Meanwhile at camp Loughlin, a source close to the former Fuller House actress recently dished to People she is “exasperated” by the long wait until the next court date, reportedly set for October 2. That’s the legal system for ya!

“People who are not in the legal field often don’t understand how long these things take. Lori and Mossimo are seeing firsthand that court cases move slowly.”

“They’re having to come to terms with the fact that this isn’t going away anytime soon. This will be over their heads all summer long, and it could still be pending during the holidays. At this point, they have to get used to the new normal.”

It really seems like these two couldn’t be handling things more differently with their cases!