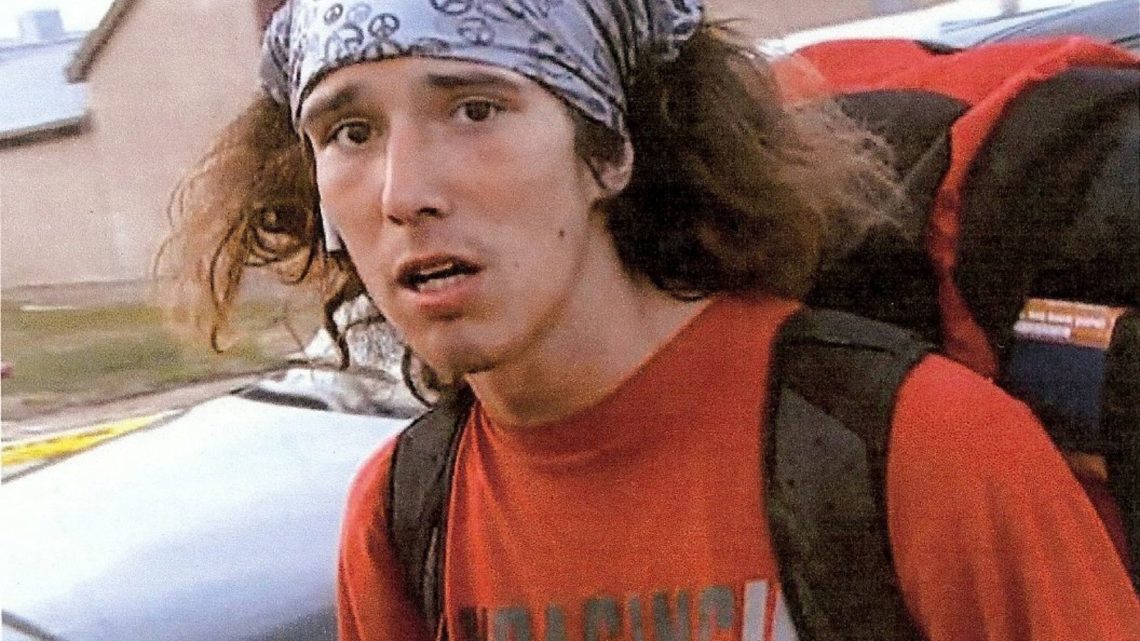 Homeless drifter Caleb “Kai” McGillvary, 30, who had a brush with Internet fame in 2013 after he saved a person from a would-be attacker while hitchhiking, was convicted Wednesday of first-degree murder in the beating death of a 73-year-old man.

McGillvary became a viral star in February 2013 when a reporter in Fresno, Calif., interviewed the “surfer dude-bro” hitchhiker. He gave an animated, profanity-laced re-telling of the incident, leading to a viral online moment.

However, the one-time hero was arrested later that year for the murder of attorney Joseph Galfy Jr. The pair had met in Times Square and went back to Galfy’s home in New Jersey. Two days later, Galfy was found beaten to death in his bedroom wearing only his socks and underwear.

On Wednesday, a New Jersey court convicted McGillvary. He faces life in prison and is set to be sentenced June 13 on the first-degree murder charge.

According to NJ.com, McGillvary’s defense attorney, John Cito, argued Galfy attempted to sexually assault McGillvary while he was sleeping and said police failed to properly investigate those claims.

But prosecutors rebutted that theory when they called the county medical examiner to the stand and he described Galfy’s injuries as “three skull fractures, four broken ribs and severe contusions.” Self defense belied the extent of the bodily harm Galfy suffered, they argued.

He had been sitting in jail waiting to be tried since he was arrested in May of 2013. Fox News reached out to McGillvary’s defense lawyers asking if they were going to appeal on his behalf. but received no reply.

Requests for comment from prosecutors also were not returned.

At the height of his social media peak, “Kai the Hitchhiker’s” interview had been viewed millions of times on YouTube and he even appeared on “Jimmy Kimmel Live!”

“Kai” said he intervened on the side of a California roadway to thwart an unprovoked attack on a Pacific Gas & Electric Utility employee. He said in the viral interview that he used a hatchet he was carrying at the time to repeatedly hit a man who pinned the utility worker with his car.

Before recounting the incident to the reporter on camera, “Kai” waxed poetic for viewers in the 2013 clip saying,

“Even if you make mistakes you lovable, it doesn’t matter your looks, skills, age, your size, you’re worthwhile. No one can ever take that away from you.”

Andrew Craft is a video journalist and digital reporter for Fox News in New York. Follow him on Twitter: @AndrewCraft

What’s streaming on Hulu this May

Selena Gomez Reacts To Justin Bieber Saying He Loves Her