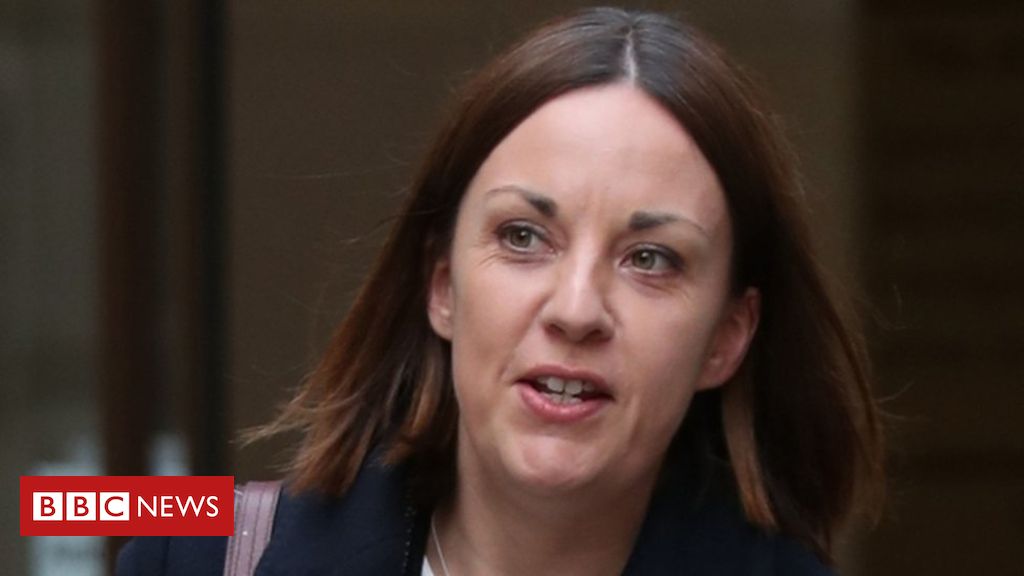 Dugdale silent over claims she will quit as MSP

Kezia Dugdale has declined to comment on reports that she will step down from the Scottish Parliament in the summer.

The Sunday Times claims that the former Scottish Labour leader will confirm her departure shortly, and will leave Holyrood in June.

A senior Labour source has told BBC Scotland that they understand the report is true, and that Ms Dugdale has another job lined up.

A spokesman for Ms Dugdale said he would be making no comment.

The Sunday Times says it was told by a source close to Ms Dugdale that “she will make a departure announcement shortly” and that she is “expected to go when this parliamentary term finishes at the end of June.”

She was replaced by Richard Leonard, who is an ally of Labour leader Jeremy Corbyn.

Ms Dugdale has been a long-standing critic of Mr Corbyn, and has been disillusioned with the party’s stance on Brexit in particular.

She describes herself as “proudly pro-European”, and has been calling for another Brexit referendum.

After quitting as leader, she was reprimanded by the party after appearing in the jungle as a contestant on the ITV show I’m a Celebrity.. Get Me Out of Here.

Earlier this month Ms Dugdale successfully defended a defamation case brought by a pro-independence blogger over her claim that he had written “homophobic tweets”.

Wings Over Scotland blogger Stuart Campbell sued Ms Dugdale over a column she wrote in the Daily Record in 2017.

The newspaper funded Ms Dugdale during the case after the Labour Party withdrew its support.

She won the case after a sheriff ruled her comments had been “fair”, despite Ms Dugdale being incorrect to imply that Mr Campbell is homophobic.

Ms Dugdale, who is in a relationship with SNP MSP Jenny Gilruth, later revealed the court case had resulted in her breaking contact with her independence-supporting father.

She would be automatically replaced as an MSP by the the next person on Labour’s regional list for the Lothians – which is former MSP Sarah Boyack, a former contender for the Scottish Labour leadership.

What’s streaming on Hulu this May