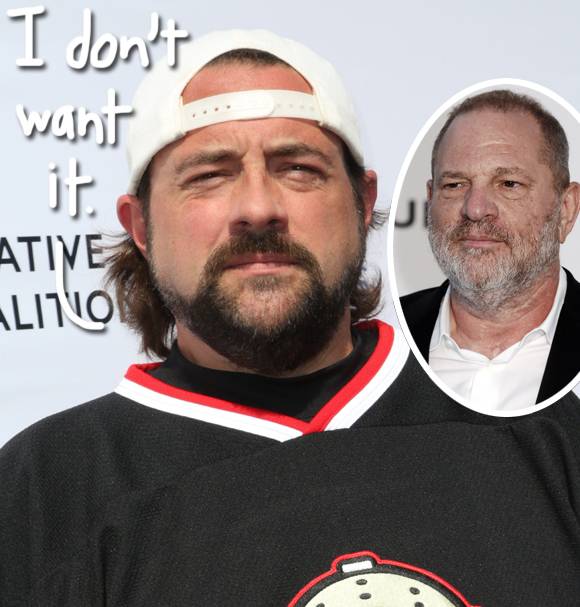 On the latest episode of his podcast

The way Kevin sees it, he was privileged enough not to be harassed or assaulted because of who he is, unlike the many women who crossed paths with his former boss:

“I had a dream and I made it, and I presented it to somebody, and they didn’t make me do something fucking horrible. So I feel like there are so many people that we know of now, and maybe even more, that were made to do horrible things to make their dreams come true and maybe didn’t even get to touch the dreams; this fucking dude chased them away.”

So Kevin has decided to give all his residuals from all those movies — Clerks, Mallrats, Chasing Amy, etc. — to Women In Film, a nonprofit that helps women coming up in the industry to achieve their dreams.

In addition, in case that number drops off thanks to The Weinstein Company tanking, he says he’ll give an additional $2,000 a month for the rest of his life.

What do YOU think about Kevin’s gesture??