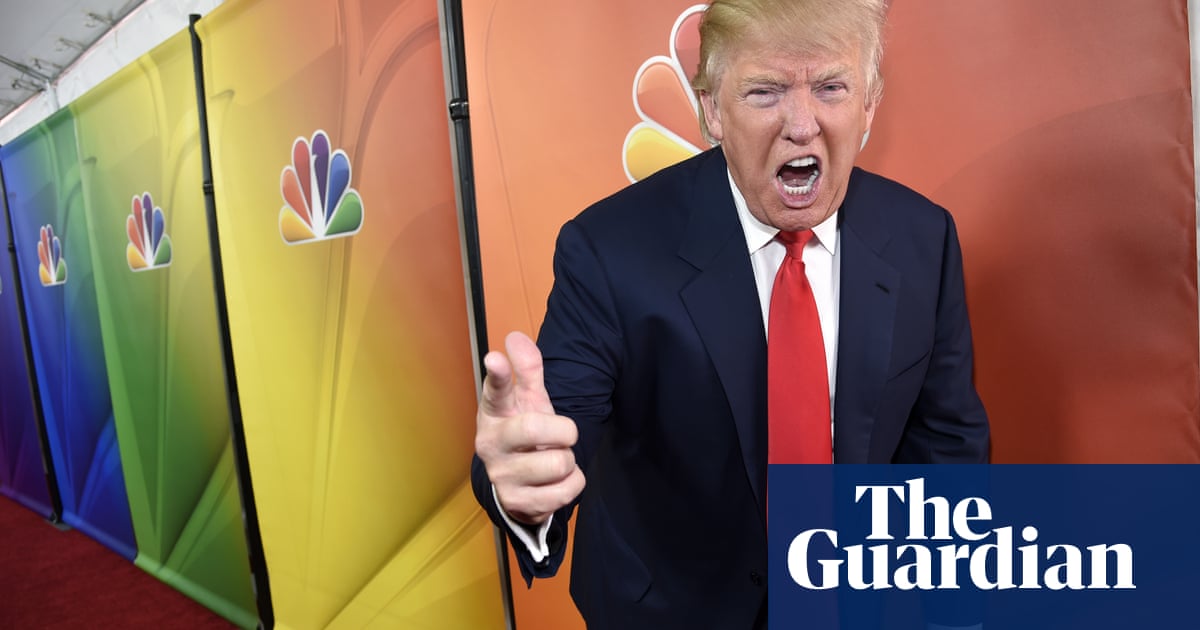 If you think its bad enough just sharing a planet with Donald Trump, spare a thought for poor Woody Harrelson. Because according to the man himself, Harrelson once shared a dinner table with the president, and it went just as well as you would expect. In a recent Esquire interview, Harrelson deployed a Trump anecdote for the ages.

In 2002, then Minnesota governor Jesse Ventura invited Harrelson to a brutal dinner at Trump Tower, because Trump was trying to convince Ventura to be his 2004 Democratic running mate. Over the course of two and a half hours Harrelson, Ventura, Trump and his fiancee, Melania Knauss, enjoyed each others company. Except Harrelson had a terrible time. Heres how he described it:

Now, at a fair table with four people, each person is entitled to 25% of the conversation, right? Id say Melania got about 0.1%, maybe. I got about 1%. And the governor, Jesse, he got about 3%. Trump took the rest. It got so bad I had to go outside and burn one before returning to the monologue monopoly.

The story is a reminder of what is perhaps Trumps one saving grace. Before he was president, he was just a common or garden celebrity. And this means that every other celebrity who ever met him has a story about what an idiot he is. Here are a few others.

Charlie Sheen recalls running into Trump in a restaurant, just before he was due to get married. Because he couldnt make it to the ceremony, Trump removed his expensive platinum and diamond cufflinks and handed them to Sheen as a gift. Six month later I was having some jewellery appraised and remembered the cufflinks, Sheen recalled in 2016. When the jeweller took a look, she recoiled and said: In their finest moment, they were cheap pewter and bad zirconia. They had Trump stamped on them. I think that says a lot about the man.

Daniel Radcliffe was just 11 years old when he met Trump, before an appearance on the Today show. [Trump] was like: How are you? And I was like: Im really nervous. I dont know what Im going to talk about on the show. And he just said: You just tell them you met Mr Trump. To this day, I cant even relate to that level of confidence.

At the height of The Apprentices popularity, Megan Mullally found herself performing the Green Acres theme tune alongside Trump clad in full hayseed outfit as part of an excruciatingly protracted Emmys bit. Years later, she told Stephen Colbert: He wanted to win it, so we won it. The next day, I was in my Will & Grace dressing room and the phone rang. It was Donald Trump. And he said: You know what? We really needed to win that thing and we did. And you were a big part of that. Not only did we win it, we killed them. It was a landslide.

Trump also played golf with many celebrities, none of whom had a good word to say about him. When Samuel L Jackson was asked if he or Trump was the better golfer, he replied: Oh I am, for sure. I dont cheat. Alice Cooper appeared to back this up during an interview when he said: The worst celebrity golf cheat? I wish I could tell you that. It would be a shocker. I played golf with Donald Trump one time. Thats all Im going to say.

However, only Oscar de la Hoya is on record as detailing exactly how Trump cheats at golf. In 2016, he recounted a game to reporters. First ball, [Trump] hits off to the water, gets another ball from his pocket. Hits it off to the left, out of bounds. Another one to the water. Then the fourth ball he hits I know it went to the bushes. But Donald, what he does, he tees off first so he can take off right away. I pipe mine down the middle. So we go off to our ball, and who do we see? Donald Trump, right in the middle of the fairway.

Lets end with some rapid-fire anecdotes from celebrities who turned down Trumps romantic advances.

Eva Longoria Reveals Which Stars Got The Drunkest At Her Wedding & Answers SHADY Questions On ‘WWHL’! – Perez Hilton

Taylor Swift Fans Are Mad At Me – Again! My Response! – Perez Hilton